Point of view refers to the perspective from which a story is told. The main points of view are: the omniscient, the limited omniscient, the first person, the stream of consciousness and the objective.

The story is told by the author, using the third person, and his knowledge and prerogatives are unlimited. He can interpret the behavior of his characters; he can comment, if he wishes, on the significance of the story he is telling.

It offers a constant danger that the author may come between the reader and the story, or that the continual shifting of viewpoint from character to character may cause a breakdown in coherence or unity. Used skillfully, it enables the author to achieve simultaneous breadth and depth. Unskillfully used, it can destroy the illusion of reality which the story attempts to create.

The author tells the story in the third person, but he tells it from the viewpoint of one character in the story. He tells us what this character sees and hears, and what he thinks and feels; he possibly interprets the character’s thought’s and behavior. He shows no knowledge of what other characters are thinking or feeling or doing–except for what his chosen character can infer.

The limited omniscient point of view, since it acquaints us with the world through the mind and senses of only one person, approximates more closely than the omniscient the conditions of real life. At the same time, it offers a limited field of observation, for the reader can go nowhere except where the chosen character goes.

The author disappears into one of the characters, who tells the story in the first person. The first person point of view shares the virtues and limitations of the limited omniscient. It offers, sometimes, a gain in immediacy and reality. We get the story directly from a participant. The author as a middleman has been eliminated. It offers no opportunity, however, for direct interpretation by the author. In such stories the author offers an interpretation of his material indirectly, through the use of irony.

The stream of consciousness point of view is an extension of the first-person point of view, but it involves an unusual technique. Stream of consciousness is an attempt to reconstruct the mental processes of a character on a page, to show how his or her mind actually sound inside. The idea is not simply to capture the conscious and rational side of a character’s mind, but to plumb the unconscious and irrational side of it as well.

Stream of consciousness writing typically abandons traditional grammar and sentence structure on the assumption that these are superficial devices not observed by the mind in the thought process.

A story written from a stream of consciousness point of view cannot be read literally. Such a point of view does not attempt to be factual nor rational since it is based partly on the Freudian notion that the mind is subjected to irrational and absurd forces. You have to infer about the character, rather than simply accept what he says literally.

The author disappears into a kind of roving sound camera. This camera can go anywhere, but can record only what is seen and heard. It cannot comment, interpret, or enter a character’s mind. The purest example of a story told from the objective point would be one written entirely in dialogue.

The objective point of view has the most speed and the most action; also, it forces the reader to make his own intrepretations. On the other hand, it must rely heavily on external action and dialogue, and it offers no opportunities for interpretations by the author. 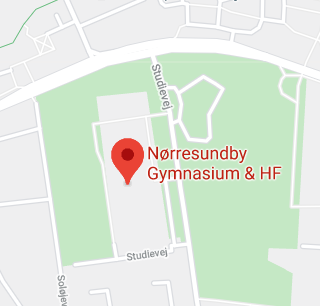